“It’s difficult but not impossible”

Let’s say first that, with the exception of the magnificent “Camino” I’m more interested in short films (from “Aquel ritmillo” to “Bienvenidos”, from 1994 to 2015), although it’s also true that their few feature films have always been able to stand out from the schemes. “Champions” achieves, for example, give prominence, and in what way, to those mentally handicapped who represent roles as difficult as resolved. Which doesn’t mean that actors like Javier Gutiérrez or Juan Margallo are not great and give all the necessary credibility to the plot that occupies almost the entire film. “Champions”, which has the collaboration of the irregular David Marqués, a Valencian with a great ability to undertake the most difficult paths, offers a prodigious initial half hour, but his second half it leaves much to be desired, except in the annotations of the trips, it ends up looking more like “Los económicamente débiles” (1960) – by Pedro Lazaga and José Luis Dibildos – than the merrymaking that promised initially.

In any case, the film works much better than other examples of disabled people whose merit depends on the moral of the story and not on the staging. It is not the case, since the best moments of “Champions” are linked to the realization and not just the fact of having the disabled as protagonists. In Bogotá, the INCI – our ONCE – did a small test: the visually impaired, who call the blind people, was the only one to locate the images by their sound, while the “normal” critics didn’t get one. There lies the greatest achievement of this film, in the nuance of who are normal and who are not. But Fesser hasn’t gone to the end of that proposal.

Despite all these repairs, “Champions” is a tremendously valuable film, very funny -especially at its start and when it presents the disabled as children who only think about having fun, playing, laughing at themselves, at their respective characters, and of all seriousness imposed – and wise, like all the work of Javier Fesser, to use the correct tone. Beyond its limitations, a film that is worth knowing. 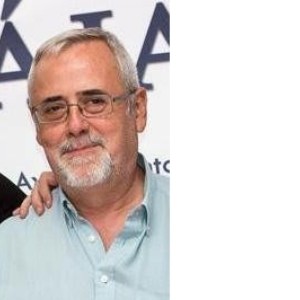