A long time ago, well, not so much, on 8 and 9 October of 2016 year, in a galaxy very, very far away, ok! Not much, in this same galaxy, in this same planet, in this same country, Spain, concretely in Valencia… a great event took place, CIFICOM 2016. Cinema, fiction and collecting exhibition in the Espai Rambleta. With luxury guests like: David M. Santana, the only Spanish who has participated in the shooting of “Star Wars”, Angus MacInnes, actor in “Star Wars” and series as “Vikings” among others. Comic artists like Claudio Castellini or Salvador Larroca. Awesome Cosplayers like: Ireth Minllatur, Florence Sofen or Gaerwenil. Writers like Emilio Sanchis, Vicente Herrndiz, Juan José Moya, Montse Rios, Juan Carlos Herreros. In case this seemed little it must be add the presence of the world’s largest BB-8, the Ghostbusters and the Knight Rider as well as other inflatable related to the universe of cinema, exhibitions, conferences and lots of stands with merchandising for every taste.

There I was, a young and new copywriter, trying not to lose anything of what was happening around me. But I got lost, I got lost lots of times for the spaces in which the activities were shared. I couldn’t understand why the event was extended among the low level, the first and Oh, surprise! The sixth? In addition to the conference rooms. luckily I realized, before I thought I was an incompetent, that I was not the only one who swarmed like a headless chicken over there. This led that I could contemplate each stand in a thorough way and let me soak in the amount of t-shirts, bracelets, pendants, mugs, wallets, backpacks, earrings, postcards, markers, costumes and endless merchandising varied in both styles and materials. While I was immersed in deciding whether or not I acquired something, I ran into endless queues that hided some stands, of people waiting for one of the guests to sign something or take a picture. This generated the complaints of some exhibitors.

I was able to attend a couple of conferences of the many that had there, I would have gone to more but I was not cloned to be in two places at a time. One about comics and how to draw them that gave Claudio Castellini and another more interesting about the cinema posters by charge of Emilio Sanchis. To this last I attended characterized like Wednesday Addams, besides reporter I was Cosplayer by one day and there was who wanted to be photographed with me. There was also a really impressive Cosplayer contest. Very successful characterizations and much participation of both adults and children.

As a final culmination an auction and solidarity raffle thanks to the donations of sponsors, stands and guests for the benefit of the N.G.O “Payasospital”, which is dedicated to liven up, encourage and make more pleasant the stay of children in hospitals. And yes, I won something, a teddy!

I wouldn’t like to end this report without thanking the volunteers enormously for the kindness and attentiveness that were have both with the press and the rest of attendees and exhibitors of the event. Thanks with all my heart.

It was two incredibly interesting and funny days.

See you next year! 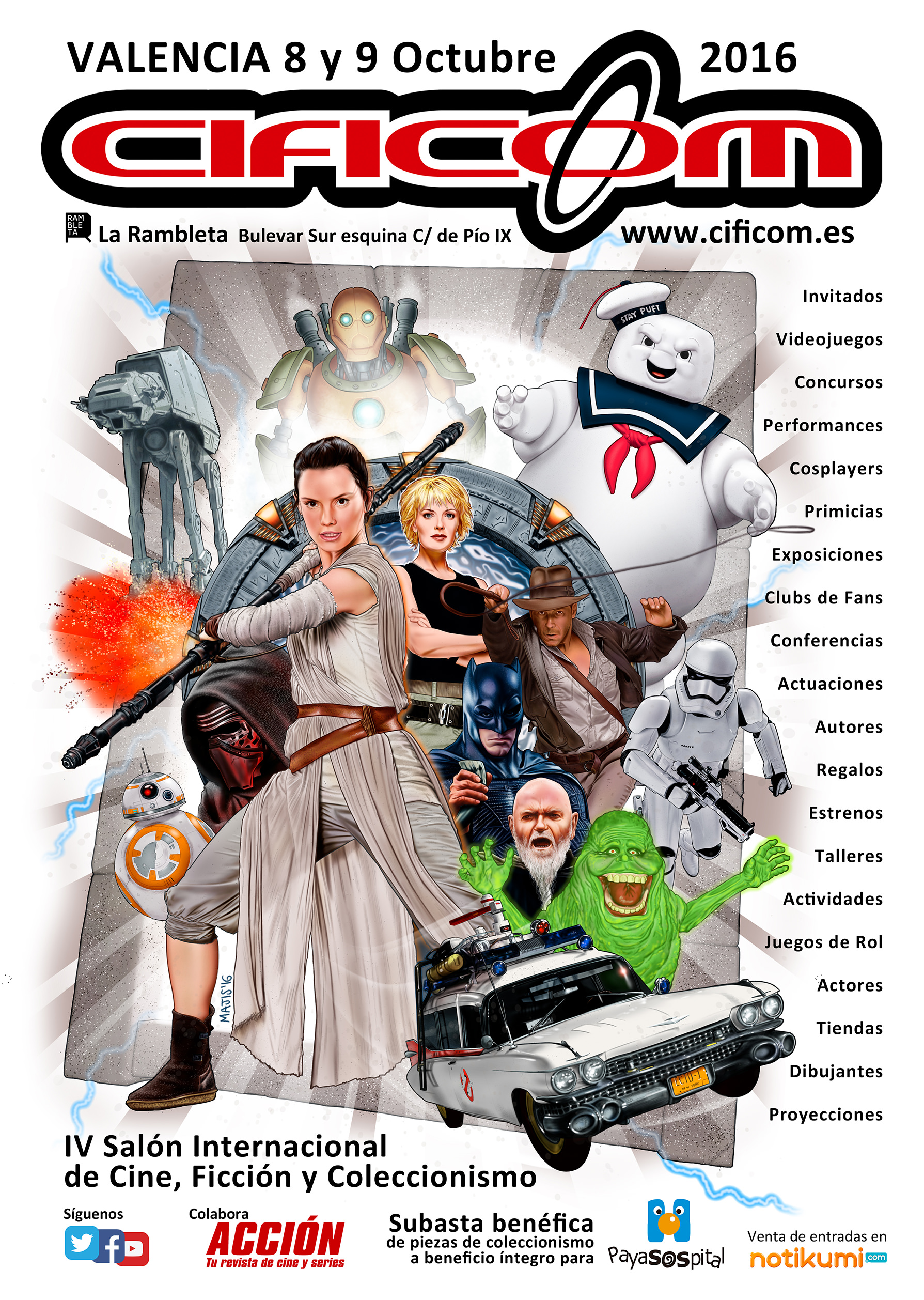