“The result is never in question. Just the path you take to get there”

An interesting and intense film set in the 80s, however it can be set in the present day when it comes to contrast the honesty of a businessman, who is presented as a “rara avis” against the corruption which revolves around him, threatening to devastate everything that he has built if he does not play dirty.

A story with an apparently phlegmatic development where events marking the evolution of the protagonist are happening and accumulating slowly, without showiness, but with unmitigated denounces.

The title is somewhat misleading: The action takes us to New York in 1981, when the city suffered a terrible crime wave. At this juncture the owner of a fuel-selling business tries to prosper, but a number of supervening circumstances will put in a very difficult position.

After some preambles, the film proves to be of good piece of film noir with some consistent major and minor characters which lead us to a shocking ending, even though it can be perceived as visually emotionless.

The film has a meticulous art direction and photography that has opted for natural lighting, which gives an overly bleak atmosphere sometimes. A section that needs to be present when the tension and despair increase.

The Guatemalan Actor Oscar Isaac (36), exhibits remarkable interpretative maturity as he did in “Inside Llewyn Davis” and most recently in “The Two Faces of January,” and “Ex Machina”. We find a splendid and sexy Jessica Chastain by his side, in addition to the significant contributions of the veterans Albert Brooks and David Oyelowo (“Selma”).

J. C. Chandor, director of the magnificent “Margin Call” (2011), goes back a few decades in time to bring to the screen some themes that have been recovered due to the economic crisis, in addition to signing a priceless script. 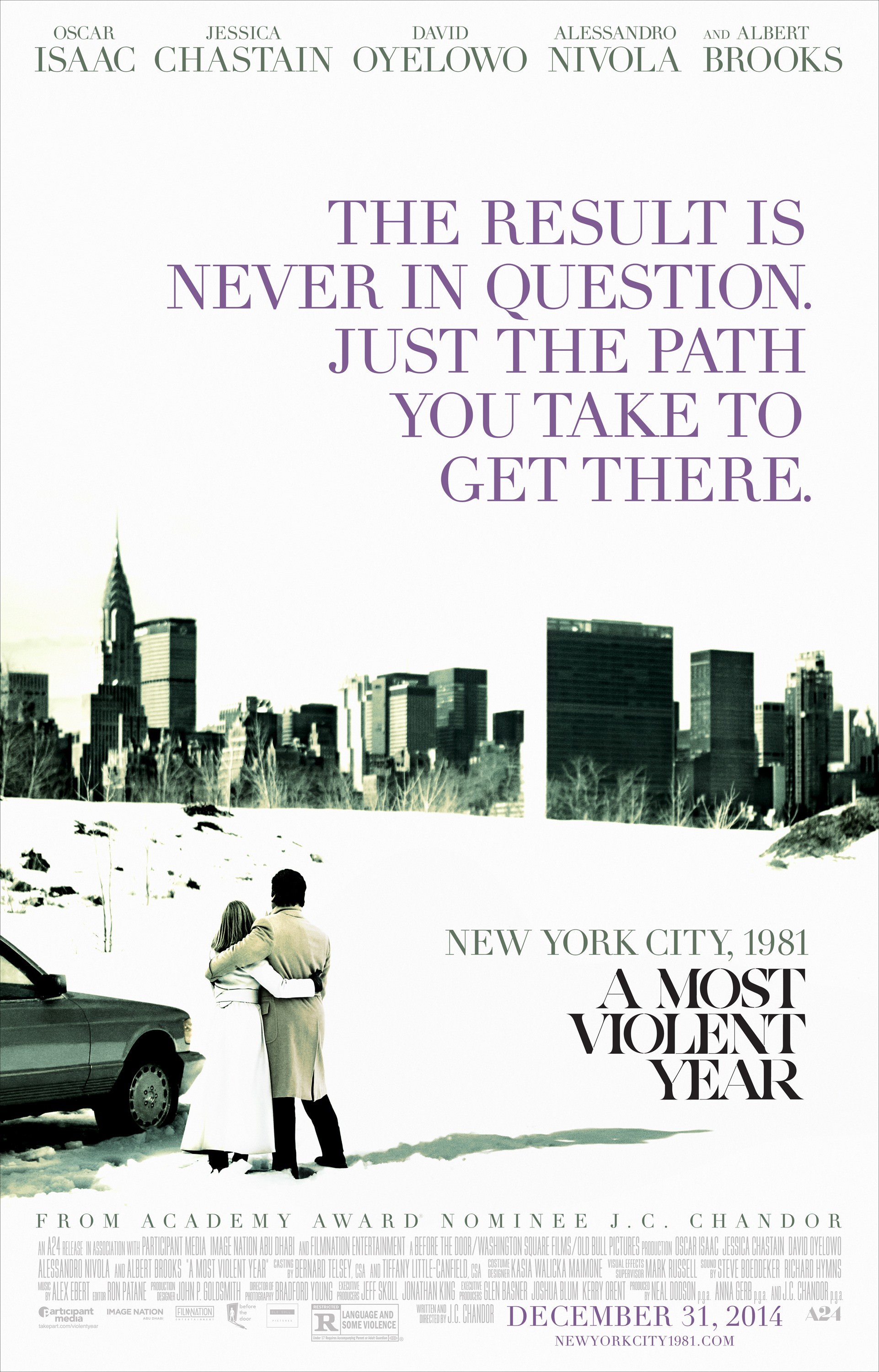