Sponsored and co-produced by Álex de la Iglesia, which already endorses this film written and directed by Paul Urkijo; adapts the Basque folktale “The blacksmith and the devil”, one of the many popular culture of the north of our country.

The film places us ten years after the First Carlist War, in 1843, in a small town in Alava. There comes a government official to investigate the loss of a lost gold trunk, which leads him to a smithy where he lives, according to the locals, a crazy and murderous blacksmith who made a pact with the devil.

A little orphan named Usue, preformed by Uma Bracaglia, who does it quite well despite his young age, manages to enter the mysterious blacksmith’s lair and discover his secret.

The truth is that the whole cast is great, and the element of the Carlist war works very well to tie us a bit to reality, but this story is missing footage to develop the plot well and some budget.

The plot is too short and everything is very run down and irregular, as it seems that everything is being counted against the clock, without much emphasis on what matters. We must not forget that we are in front of a popular story, in which if they don’t explain it to us as if we were children, we will not know what the matter is.

In addition to this fact and go fast and running with the plot, Urkijo ends up spreading too much in the end, which is too reiterative and that eventually, overwhelming us, greatly tarnishing the final result of the film.

The lack of economy ways for special effects is also quite obvious, since the demon Sartael, performed by the new Goya winner revelation actor, Eneko Sagardoy, the memorable giant of “Handia” (2017), is almost a character taken from the stage of a theater; very well the makeup, yes, but impoverishes the quality of the production that sometimes seems a short film done by a couple of colleagues to try their luck.

Although maybe, that everything seems like a carnival theater, is something totally intentional, who knows.

I would like to emphasize as a positive aspect the most rogue and shameless moments with black humor, which also seem to be presents in the original story and the great setting with the forests and the Basque mountains. Pure delight.

In short, “Errementari: the blacksmith and the devil” (2017) it’s an entertaining bet and full of hope, don’t forget that it’s a debut film, so it’s understood that it has so many mistakes. However it’s appreciated that this kind of film be made and also have the support of other heavyweights of Spanish cinema as Alex de la Iglesia in this case. I think it will be very pleasing to that sector of the public that seeks more underground films and that they prefer that funny, casual and festive tone over the technical quality of the big productions. 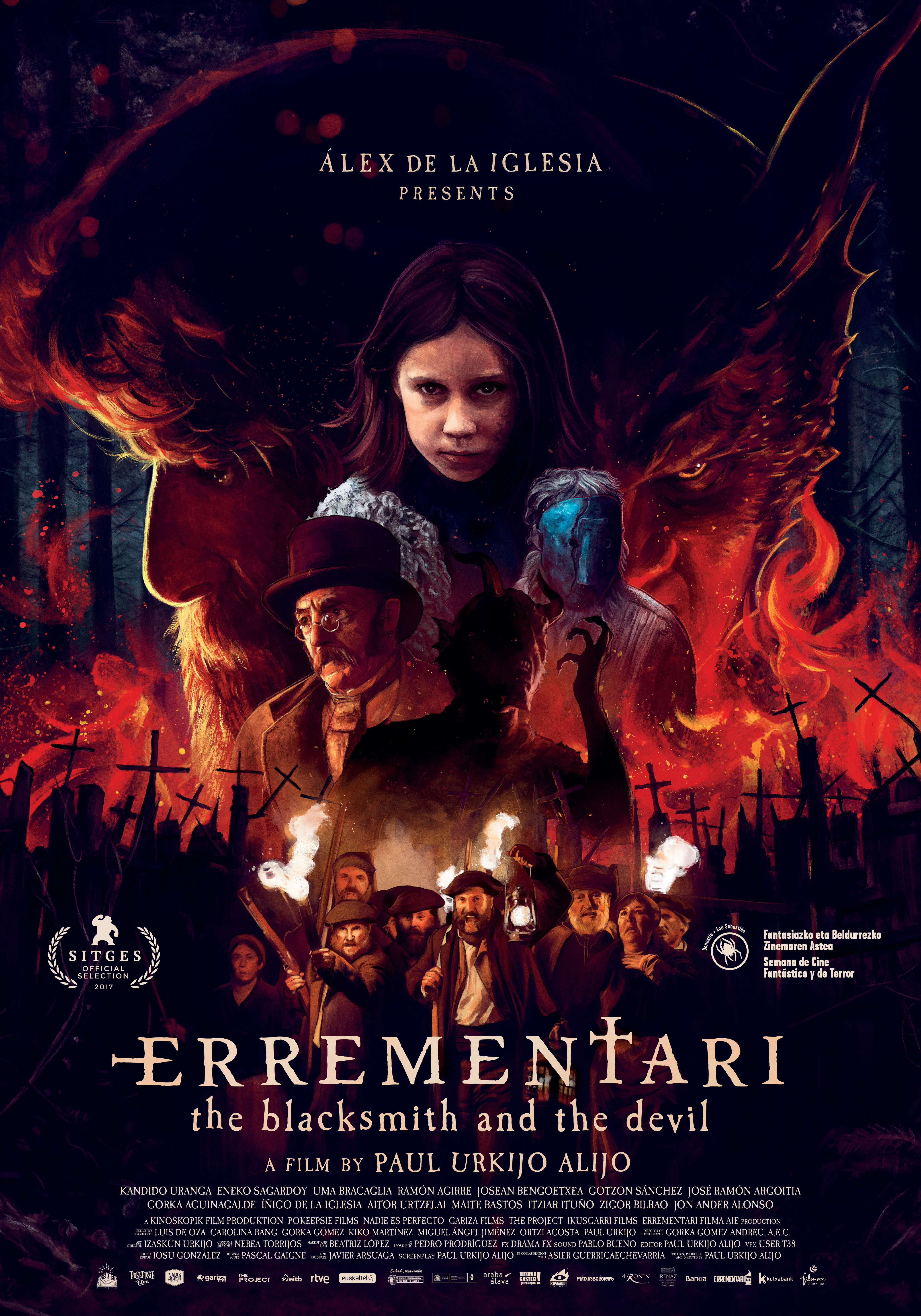