“In extreme situations humans are amazing”

This singular drama that offers a stark deconstruction of marriage from a seemingly minor incident comes from Sweden. A small spark will ignite a subtly consolidated but highly corrosive relationship. A story as simple as blunt in its background, which only disappoints the viewer from a certain coldness in the forms, despite its exquisite photography.

The action opens with the introduction of a family that is on a winter holiday. An unexpected event, which seems inconsequential, will trigger a psychological hell for all four members.

The script, through various events and despite somewhat bleak transitions, shows the weaknesses of the protagonists and extrapolates from very personal to more universal issues undoubtedly leaving the viewer to ponder.

The reactions in extreme situations and the instinct of survival against the basic responsibilities, immaturity or even hedonism are issues that are surfacing throughout the footage. An account marked by the rotation that has been given to gender roles, therefore, the figure of the father and mother in today’s society. In this aspect, the film is praiseworthy as it does not focus solely on the protagonists’ confrontation and discourse around these topics, it also introduces in a plausible manner various secondary characters, which also have an important role and make a significant contribution.

The film’s closing scene is so accurate and powerful it becomes a kind of conclusive irony that turns what has been discussed above around.

The Nordic cast includes actors who are not internationally known, but respond perfectly to the requirements of roles that have particularly demanding sequences. 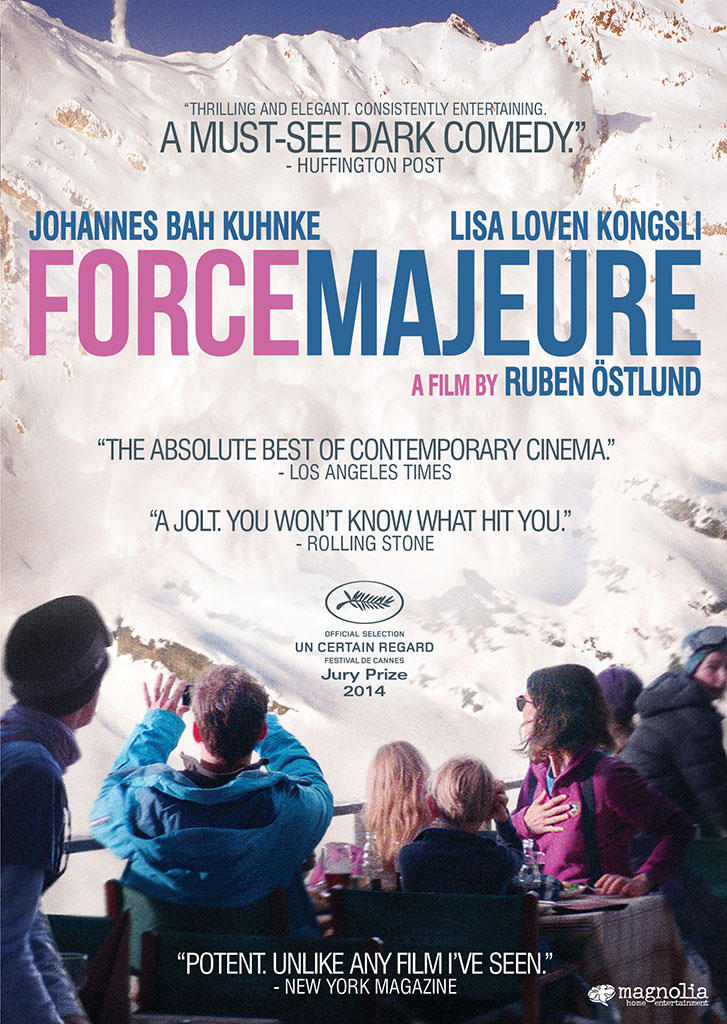