“Ordering a coffee can cost you a living”

One afternoon like another one in Paterna, or not? The preview of The Bar is included in to the Previews of the Festival de Cinema Antonio Ferrandis arrive to Kinepolis cinemas the master Alex de la Iglesia. There wait for him a group of mass media members, among them, we, ineditofilms.com, three of the important framework agreements: Irene, Eduardo (the boss) and me.

We were sitting comfortably to enjoy to the best Alex de la Iglesia. He and his great way to relate. The story: nine a.m a group of people without any relationship take a breakfast in a typical bar in a Mostenses Square in Madrid. One of them go out and is killed by a shot, another one also. They are trapped in the bar.

We can recognise in each character, scene, discuss to the best de la Iglesia. That one that portray the miseries and virtues of the Spanish society. He is like Ramón Maria del Valle-Inclán, he agrees with this statement in the junket after the projection. But I come back to the film, to the bar, Why a bar? It was in a bar, “The Palentino”, where this story was born and in Span we are “bar people”.

That bar is more than a bar, is a character. It is an alive place. It forces to the rest of characters to show like they are really. They are as utmost as they are real. The director said “the reality doesn’t work on display, if you wish that something is real you will must make it exaggerated”.

A movie with an ensemble cast in other hands is sure doesn’t work. But Alex de la Iglesia is a real master in this kind of movies. It is like a gallery of Freudian characters, A portrait of “esperpéntica” Spanish society. Among all of them we can discover to Nacho, Mario Casas, to the actor, to the real a great actor. Like Irene said.

But I must be totally honest, Alex, you always save the goodness, the poetic justice. But it is only dust particle in a good polished furniture. 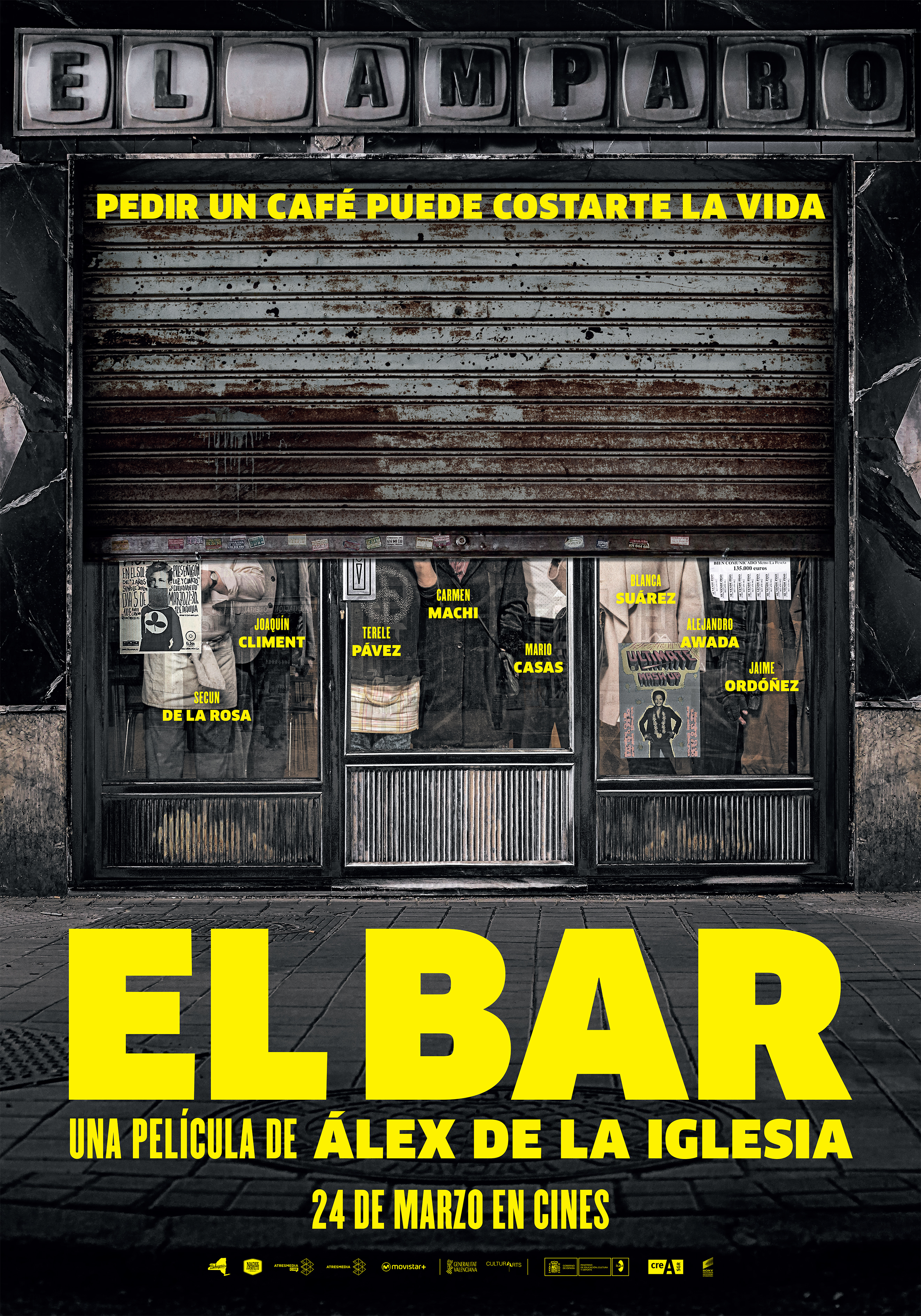