“We are all of those who dance, or maybe not?”

We had waited so long for this movie, that when the scene begins in which the characters appears, with that explosion of music and color, all the audience we started almost dancing in the armchair.

And is that everything good that is made to wait, always generates like an almost childlike yearning that always comes followed by a certain fear that is not really as good as we want. I, like everyone else, wished that “Guardians of the Galaxy vol.2″ was at least as good as the first, which was a revolution in the now-ubiquitous Marvel franchise. And the truth is that this film is very good, but does not come if you want to cast a shadow over the previous one.

The difference is that the first “Guardian of the Galaxy” movie showed a universe totally unknown to the viewer. Who had read a “Guardian of the Galaxy” comic? No one. So that gave them leave to do what they would give them the holy win, coming to show malicious characters, guarros, hooligans, satirical and totally unexpected that were far from the model, content and politically correct characters of all other franchise films.

But now, with fame already settled, it was necessary to follow certain guidelines that were “the hallmark of the house” and of course respecting the mandates of the almighty Disney, which demands to sell merchandising Baby Groot, there are sneaks on nipples that do not come To tell, to loose a tear at the end, no sex before marriage and we are left wanting more.

And there lies the ruling of this film, the director James Gunn, seems that this time is quite tied. On the one hand it has to maintain the essence of the first film, with brilliant music, memorable scenes, an almost cartoon aesthetic, a few winks to video games, the ever present eighties nostalgia and maintain that connection between all the characters but giving them To each his scenes and his plots. And on the other hand, it must meet the demands of those who “pay” and the result has been the one we have all seen; A movie that you like, but that does not live up to its predecessor.

Outstanding are the performances of Kurt Russel in his role of Ego, which is a clear nod to “Starman” (1984) by John Carpenter and Michael Rooker as Yondu, the big-heart puncher and punk crest. And the soundtrack, of course, that again appears in the form of rock opera of the seventies, and studied and embedded in the millimeter, of course.

It strikes me the habit to put Stan Lee in all the movies, although this has absolutely nothing to do with them, seriously, is it necessary?

Also the impetus that they have put in that we all put tender with Baby Groot that is worth, yes, it is a monad, but except two scenes that give to him to that it shines, does absolutely nothing in the film, but yes, it is a monada And I already want a stuffed animal for the car.

“Guardians of the Galaxy vol.2″ is an ambitious film, with a main argument of more personalistic character, in which all have familiar and sentimental issues to solve. It stands out for its almost psychedelic coloring, in which the protagonists are already “a family” and continue with their stories and saving the world by chance. And that counts with three very good moments that are the ones that prevail in the memory of the spectator and for that reason, comes out happy of the cinema and with desire of the following one.

Don’t forget to lose all five post-credits; That some do not care nor the neighbor of the fifth, but others are very, but very revealing. 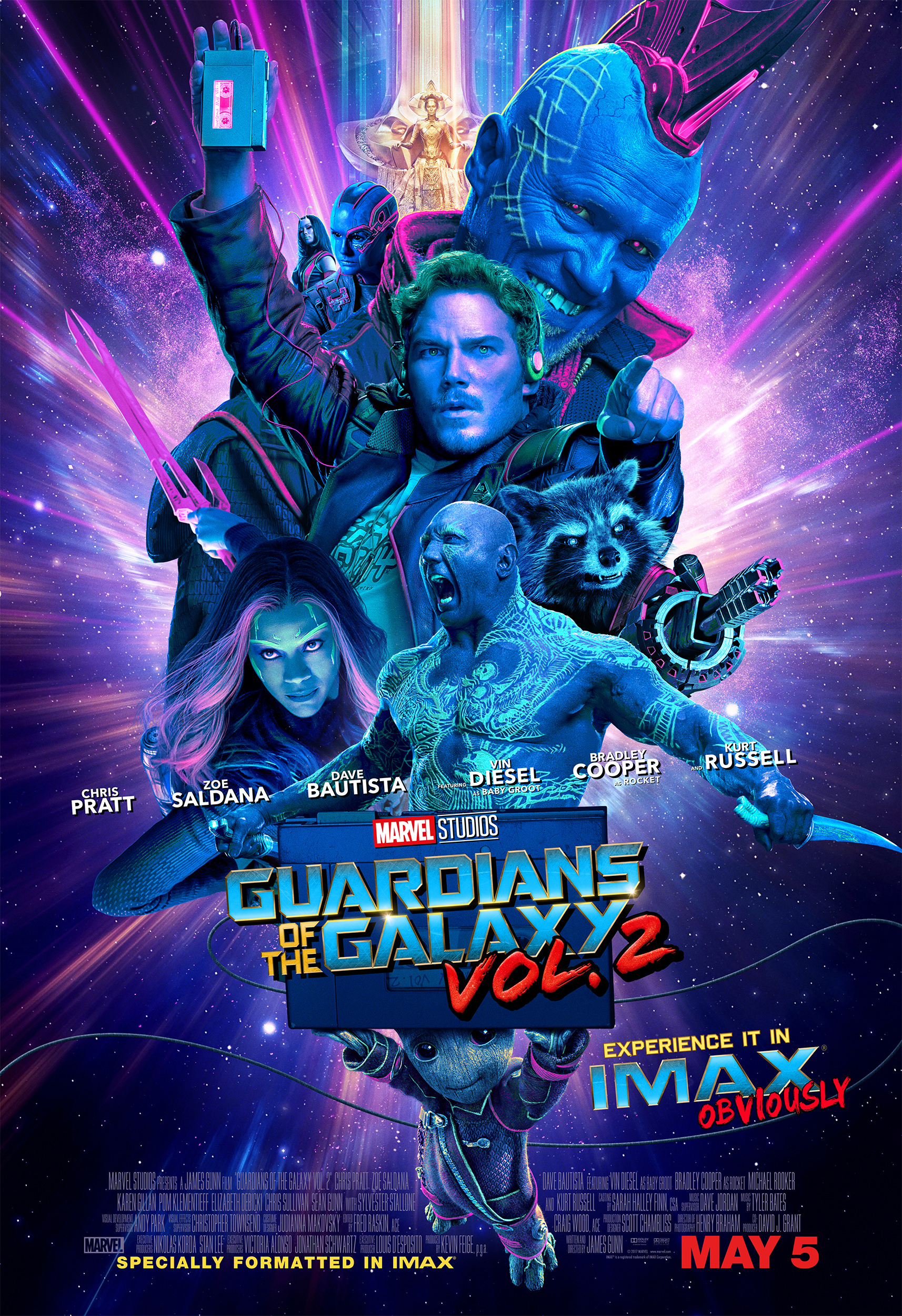