“Great explosion of music and action”

What will Edgar Wright have in his head, that everything he does always delights us?

“Baby Driver” was an almost sure bet. And it’s that after movies like “Zombies party” (2004) or “Scott Pilgrim vs. the World” (2010) that to all the millenials amazed us; this director has made a movie that mixes the police cinema, the car races, a soundtrack so powerful that would be safe a playlist of Spotify of the most liked, Kevin Spacey and Jamie Foxx that plays a very bad mercenary, what more we want, to the movies running!

And it doesn’t disappoint, I assure you.

“Baby driver” starts from the beginning with a lot of action, and that rhythm is not lost throughout the film, obviously, it has its ups and downs, but always controlled, without ever losing the overall tone of the film.

He tells us the story of Baby, played by Ansel Elgort, a boy who is a precocious genius of driving, and who, due to his life circumstances, is indebted to a mafia mobster, played by a very brilliant Kevin Spacey, that he can not like us anymore. It’s like the older mate we would all love to have.

To pay off such debt, he has to help to fight, driving always dramatically, of course. The scenes of races, persecutions and shootings remind us a lot of the good times of the “Fast & Furious” saga, but without muscles and tribal tattoos, absurd dialogues, boobs and helicopters.

Baby, he’s a music lover, he knows more about music than “Radio 3” announcer and he collects iPods that change according to his mood. He is also cute, a little eccentric and a good person, so from the beginning he has gained us.

The music I would dare to say that it’s the main protagonist. Very well chosen, embedded with a lot of art and plays a fundamental role that gives a lot of freshness and gives us a feeling quite pleasant. Do you remember what happened to you when you first saw “Guardians of the Galaxy” in 2014? Well so the feeling is quite similar.

This is a movie that reminds us a lot about Guy Ritchie’s good times, when his films were plenty with pimps and illegal affairs. To the good cinema of thefts and escapes like “Point Break” (1991), to which the director makes a small tribute. And “Whiplash” (2014) in the unbridled rhythm, the speed in the images and the importance of the music in the development of the plot.

I also can not avoid the influence of the movie “Drive” (2011) especially on Baby, the main protagonist, who is almost imperturbable and with a character to prove anything, that ends up succumbing to his feelings for a girl and to his own ethics and honesty, does it sound you?

The girl in question is called Debora and is a very pretty waitress who ends up crazy of love by Baby. The performance of Lily James might have been better, really. She is all the time looking like having taken LSD and being about to flip with pink elephants and suck people hair.

Nevertheless, “Baby Driver” is an entertaining film, with a good distribution, a great rhythm and a more than achieved execution of script.

Already only for the musical explosion, it’s worth going to see it, no doubt.

And if you are from mine, that everything that Mr. Spacey does you have to see, you are late! 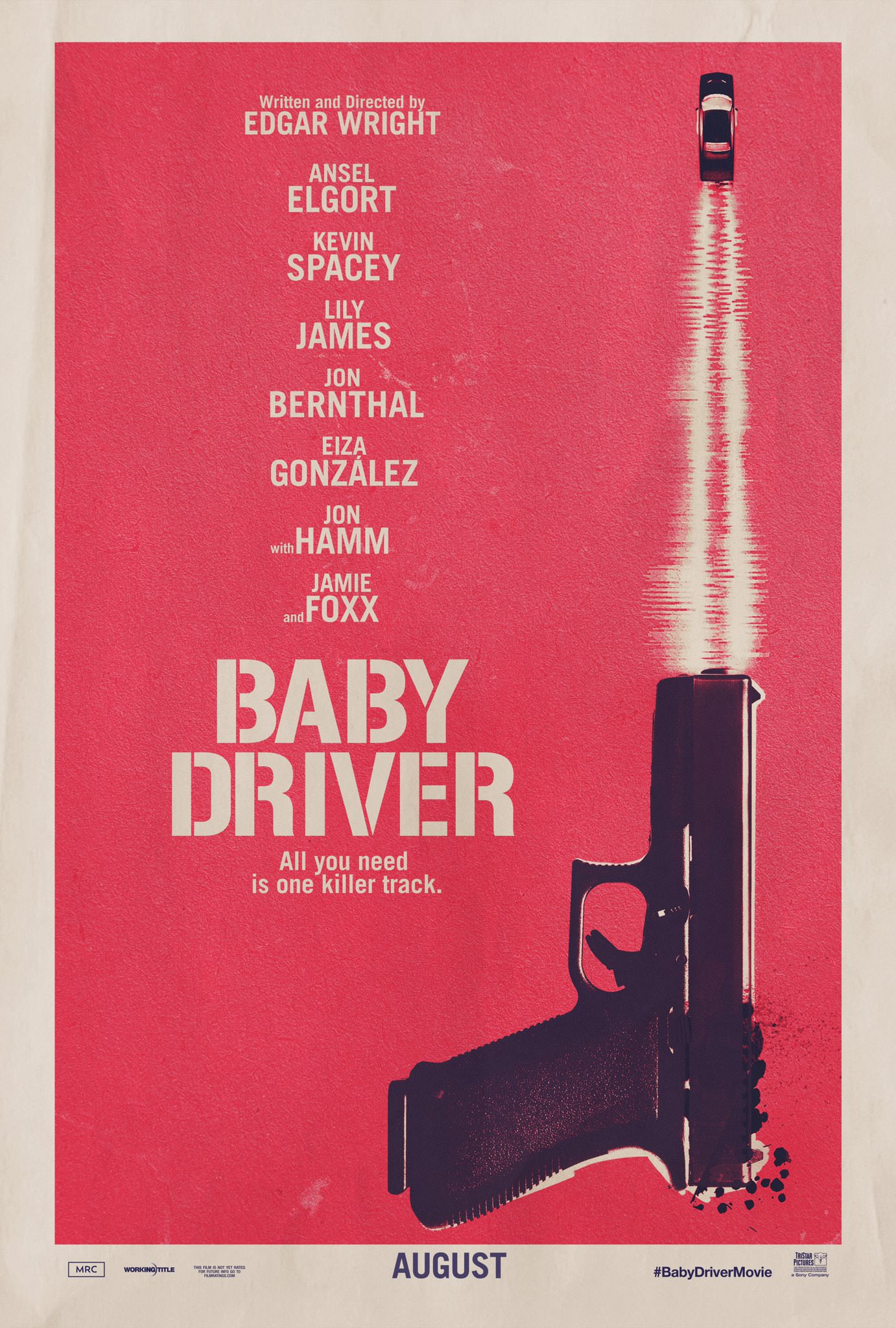 HHhH: THE MAN WITH THE IRON HEART (2017) by Cédric Jimenez