Rating “It” (Andy Muschietti, 2017) is very complicated, because the final sensation when leaving the cinema room, is that we are facing an adventures movie with a terrifying clown that gives us frights every few minutes, but which lacks the depth necessary to penetrate in our unconscious. With this words I don’t want to detract from the exceptional work of Bill Skarsgård, who seduces the camera from the beginning with his performance, and develops the best that he can an iconic character of the genre. For part of the audience the great challenge was to surpass to Tim Curry, and personally I think that he obtains.

The horror of the film doesn’t lie in the makeup, but in the lives of the guys who are part of “The Losers Club”; children living at the expense of the village thugs, a quiet place but marked by silence and curse, or family problems. Young people who forge their friendship in adversity, and who unite to end their fears transmuted into a murderous clown. The disappearance of a brother, the panic to contagious diseases, being the new one (with extra kilos) or being in the mouths of all by sexual rumors, these are some of the problems that weigh on the backs of the members of that club, that are attack by fear, by the looks, by what they will say and finally by the horror in humanoid form of a evil clown.

He said that the cataloging of this film was complex, it is clearly a horror film, no one can argue that, and that tries to play with the subconscious and with the fear of the passage of youth to maturity. It is terror, but it is also adventure, and in that area is where it becomes great, where Muschietti, draws his best letters: mixed with integrity and conviction the epic Goonies and the spark of “Stranger Things”, directs the children masterfully, without falling into childishness or in too many clichés. Finn Wolfhard, Sophia Lillis, Jaeden Lieberher or Jack Dylan Grazer rub the perfection in their interpretations, they get you in the story, they catch you, they leave you wanting more, to know their lives, to deepen their adventures, to know how they have arrived where they have arrived.

Pennywise is in the film, it’s an important element, but what does it matter who it is? What interests us are those children, their union, their adventure, their fears and the solitude of those who know the truth, but they can not reveal it . The clown is part of the scene, that scene of fear and loneliness, marginality and friendship shown on the screen. Pennywise portrays as few of the children’s night terrors, it is cruel and ruthless, like adult life, and they are the self-proclaimed “losers”, those who will face it, those who fear the dark but advance.

At this point in the critique I might have already talked about the original, or even the book, but none of that interests me, saying that it surpasses that of Curry would be a no-brainer, mentioning that King liked the adaptation is another , so for what. Let us let ourselves be carried away by that fragrance in the eighties, but in a superficial way, without being as heavy as in current productions, where we must emphasize the period with all kinds of details, here also appear, but in an integrated way. We all smile with the “Gremlins” sign, but the elements of the eighties are there, they are part of the story, they are perfectly illustrated and they are necessary to understand part of the innocence of the boys, part of the fear and the disconnection in the who live. Nothing is left over and nothing gets out of the story. “It” has surpassed all the records in box office, has been the valedora of the cinema of terror to continue demonstrating that the genre is very alive; and that is able to fill rooms. It has a huge challenge ahead, and is to make the sequel, without the children, even if they appear in flashbacks, be able to seduce us in the same way, containing that halo of reality and terror that is seen in the seams of the film. The adventure grows at times in the film, forgetting along the way that there is a strange and bloodthirsty being who wants to kill them, who pursue them in their deepest fears, which is part of the black history of Derry, which is like a curse that will follow being his shadow of life for twenty-seven years.

Despite Pennywise and the fear that produces them, the adventure continues very present throughout the film, as if it were a game. A game in which they, “the losers”, are the heroes. Terror is there, but also love and camaraderie, those children who seem distant to the rest of the people, who walk alone, who are not popular, but who are able to stand up, throw stones or with sticks, to evil, to a badly buried by the most atrocious silence and accomplice. The story speaks of fear, but also of the permissiveness of a people to terror, as if it knew that something evil stalks them and comes to seek their prey from time to time, the people silent, kicks a little with signs of “is sought, but the offering is lent and ignored.

The “losers” have very few things to lose, beyond their own lives, and flee from the connivance of the locals to the beast, who, though very cloaked in a clown’s costume, comes for his tribute to feed on him and no one says or does anything, as when the people of the village want to abuse Beverly Marsh and the looks of help are lost, as if the value had been lost by the summit. The misunderstood, united by a cause that makes them stronger, fight against the bullies, ignorance, fear (represented by Eddie’s mother and their placebos) and now the being that annihilates the young people in the silence. Maybe so many “jumpscare” at the end bored, and lose the effectiveness for which they are created, but it is something of the house, since the Argentine already used that effect in its first length, something that might have hurt the credibility of the movie.

Pennywise promises to return, promises to sneak through the window of our dreams and transform them into nightmares, the heart of the “losers” will continue beating until they find it again… 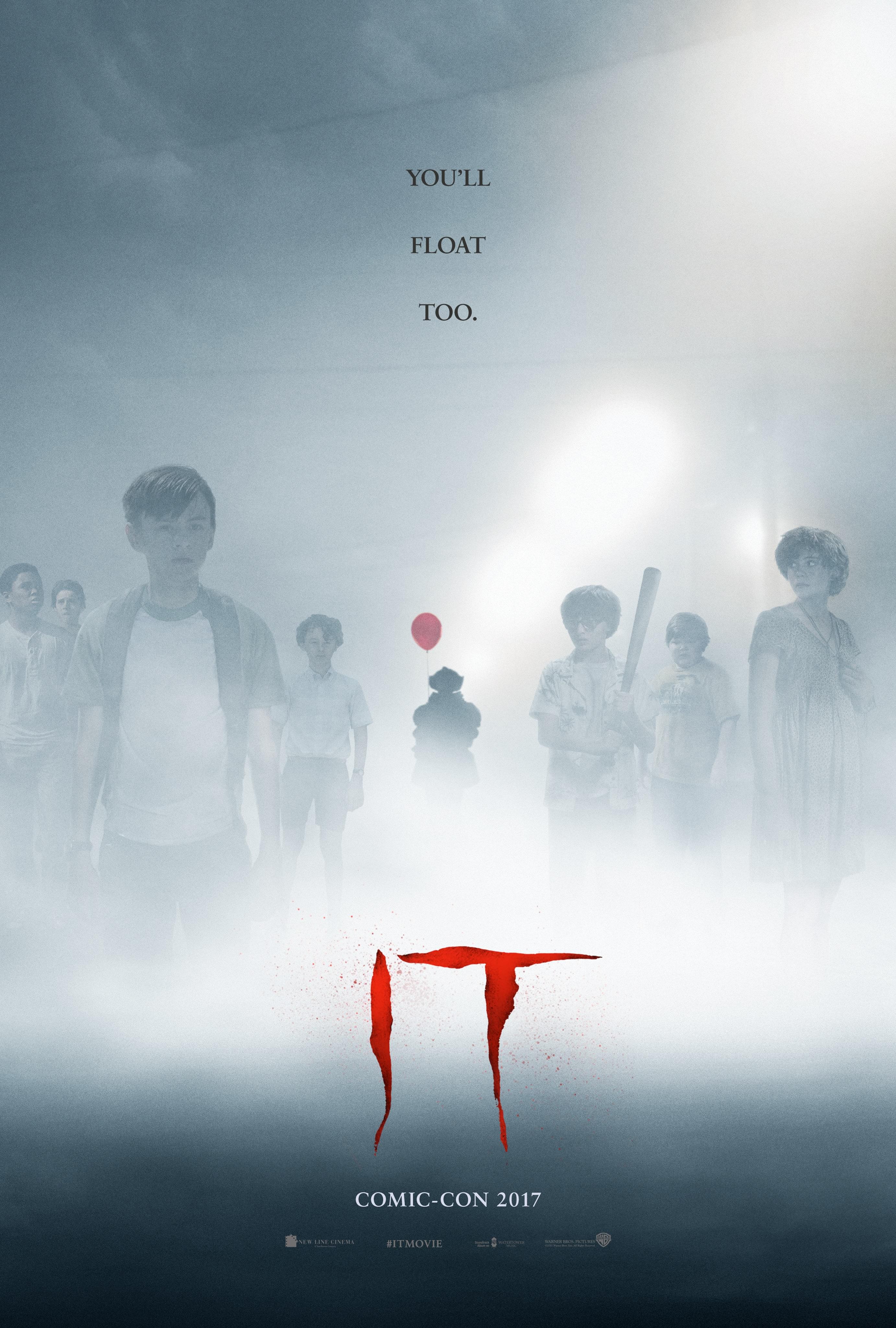 LOVE AND FRIENDSHIP (2016) by Whit Stillman