KING ARTHUR: LEGEND OF THE SWORD (2017) by Guy Ritchie

“From nothing comes a King”

The visual force of the first scene, that of a battle halfway between “The Lord of the Rings” and “Game of Thrones”, is overflowing, but in this case the villain is the dreaded wizard Mordred. The energy displayed by Ritchie in the foreground, the epic (something forced to be the first scene and ignore the protagonists) and the speed that will explode in your face, leaving you with that feeling of not knowing what the hell is happening, it’s a brand of the house. All this together with a soundtrack that puts you in the wild fury of the battle, extraordinary Daniel Pemberton with the percussion and the synthesizers. The story we already know, but in this case Guy gives a thousand and one laps, leaves the basics: the legendary sword Excalibur, but tells us of an Arthur who flees baby in a carrycot until a prostitutes find it, like a wink to the biblical Moses. Arturo, handsome and with hair and modern clothes, is a scoundrel who, along with his friends, trickles with the approval of “The black irons”, the macabre army that “protects” the kingdom.

During the viewing comes Robin Hood and Jack Sparrow, but with an excess of confidence and cockiness. We could talk about the story something else, but we are not faced with a script of good script, but with speed, cinematic obscenity and that harsh and neighborhood halo to which our director has accustomed us. Jude Law plays Arthur’s uncle, a cruel and ruthless man who would do anything to gain power, even kill his brother, wife and daughter. Law does his job well, which is none other than interpreting a king, Richard III, despised by his people, who is an unscrupulous tyrant. On the other hand, our Arturo is a boy with principles, with a very particular ethic but who knows how to save his ass. Everyone discovers that the real king is Arthur, and from that moment the rebel group, made up of several magicians, with the enigmatic absence of Merlin (surely in the sequel we will see) lead a movement to overthrow the monarch and return the glory to England from the hand of Arthur. Ritchie pretends to tell us too much, it’s the bad thing about trying to reinterpret a classic with a more casual style, where it is vital to have a clear end in case the franchise does not finish.

Everything has to be fast, special attention to the crazy scene of when “El Ojo” asks for an insurgent to Arturo and how the story tells, in a boast “videoclipero” of montage. Maybe that scene is only worth Ritchie, like others, to get muscle and show us what you can do with the camera, and for little else, too expendable. To the final assembly you have twenty minutes and a bit of history, because it ends up blowing your head so many scenes with nothing to contribute. In fact, and unfortunately for us, suffering spectators, Guy gives each sequence a tone, often abusing the resource of slowing down the camera in battles, giving a feeling of overwhelm the first time and boredom pyrotechnic in the following . He could learn something from the action and fight scenes of his countryman Matthew Vaughn, with his fantastic movie “Kingsman: Secret Service” (2014). If there is something that we can discuss more, apart from the excessive duration, it is the little fund that gives the secondary, something that does not help to empathize with them in their tragic deaths. That lack of work with the secondary actors throws down that we can get more involved in the story, we do not even know what the relationship was like or what can be the reasons that lead Richard III to kill his brother and crave power in that outrageous way. We just did not feel anything for Azul, the child that runs from one side to the other on the screen, not for the rest of the cast, because they are simply there to decorate Arturo’s jokes or to serve him without more.

We can intuit that the sirens, with a hallucinatory and repulsive aspect at the same time, are partly to blame for their hatred, but unfortunately it is another of the points in which Ritchie does not make much mention. Although being aware of the current situation of the sagas, it is more than likely, if Guy intends to make a franchise, there are heads or characters that will be developed later in the sequels, a strategy very close to that of the series. The preciousness of some scenes, especially when he decides to throw the sword into the sea and falls into the hands of “The Lady of the Lake”, are moments of beauty that alternate, in that duality in which the film navigates, between the charged composition of disturbingly beautiful and the most brutal images. The film is a good entertainment, it lacks substance in terms of script and character development so that we can appreciate more the relationships, it has some “CGI” in the battles and it plays extraordinarily well with the soundtrack, being one of the pieces fundamentals of the footage. We are lucky to have seen a few films directed by the best of English cinema, directors with a personal stamp such as Guy Ritchie, Christopher Nolan or Edgar Wright. 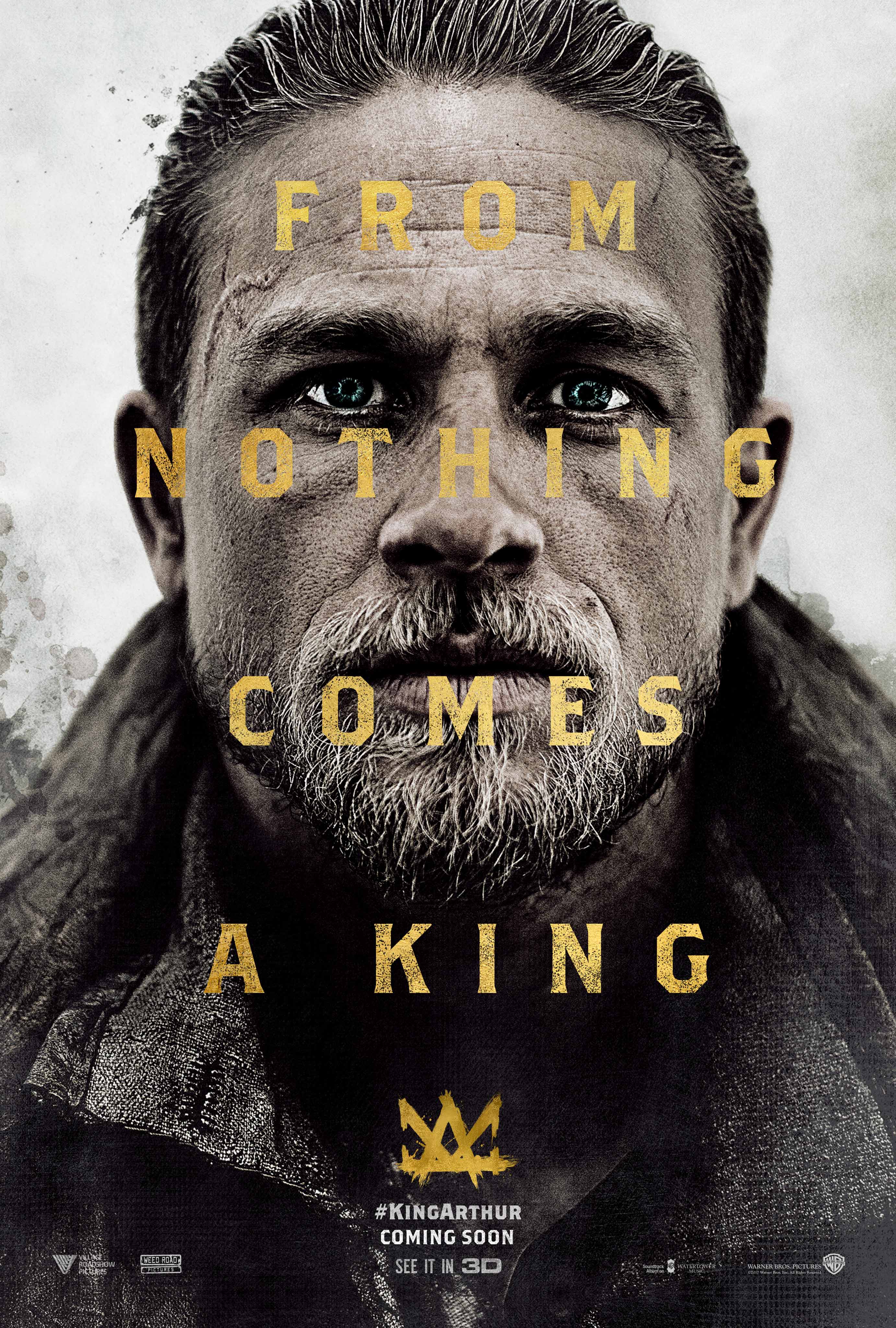