If the famous novel by writer and anthropologist Albert Sánchez Piñol, “La pell freda” (2002), was already a hit, translated into thirty-seven languages, being read by many secondary schools and a best-seller winner of the “El Ojo Crítico” prize in the Spanish narrative category in 2003; this adaptation, directed by the Frenchman Xavier Gens, director of “Hitman” (2007), it had a very, very high bar. “Cold Skin (La pell freda)” (2017) was present at the 50th edition of the Sitges Film Festival, where it was expected with enthusiasm.

The film transports us to an island lost in the middle of the Antarctic Ocean, inhabited by strange beings between humans and marine beings, very hostile, gregarious and primitives, that attack in herds and which they must face with everything they have the only two human habitants of the island.

The cast, headed by Ray Stevenson (“Divergent”, “Thor”, “Rome”) in the role of Gruner; a traumatized, rude, violent and unpleasant lighthouse keeper who lives stationed in his lighthouse without any contact with the civilized world. The British actor known in the world of television series, David Oakes (“The Borgias”, “The pillars of the Earth”) that gives life to an ex-soldier destined to the island to take measurements of the wind. And the splendid and authentic main character of the film: Aura Garrido (“El ministerio del tiempo”, “Mist & the Maiden”) that gives life to Aeneris; a sensual, vulnerable but intelligent “native” of the island and certain look to Mystic of X-Men.

It should be noted that the film has had heavy weights from the technical and creative section of films such as “Pan’s Labyrinth (El laberinto del fauno)” (2006) or “Game of Thrones” (2011-actuality). Poor Aura, had to spend eight hours in makeup to get into the skin of Aeneris, but certainly, it was worth it, because she is undoubtedly the best of the film.

The plot, despite looking simple: goodies against baddies; is much more complex, opening several subplots among the three characters, delving into the ethic and moral, cruelty and love, submission, revenge, insanity and lucidity and, above all, in the ability of adaptation by both humans as well as the strange amphibious beings.

The set design, the cinematography, the scenography are impeccable, you almost feel the cold, the sea salt, the impotence and the isolation that the island provides. The thriller is maintained throughout the 108 minutes of the film, that taking into account that they are living on an island of Formentera’s size, or maybe less, it’s already a lot.

The intercalation between the scenes of mutual attacks and the interpersonal relationships between the three main characters, sometimes relax and sometimes tighten the situation a little more. But that balance is what really made me value the quality of the film.

“Cold skin” despite not being a horror movie, has moments of tension, is a remarkable thriller which I think will connect with the audience of all generations and leaves a good taste in the mouth at the end. I recommend it without any doubt. 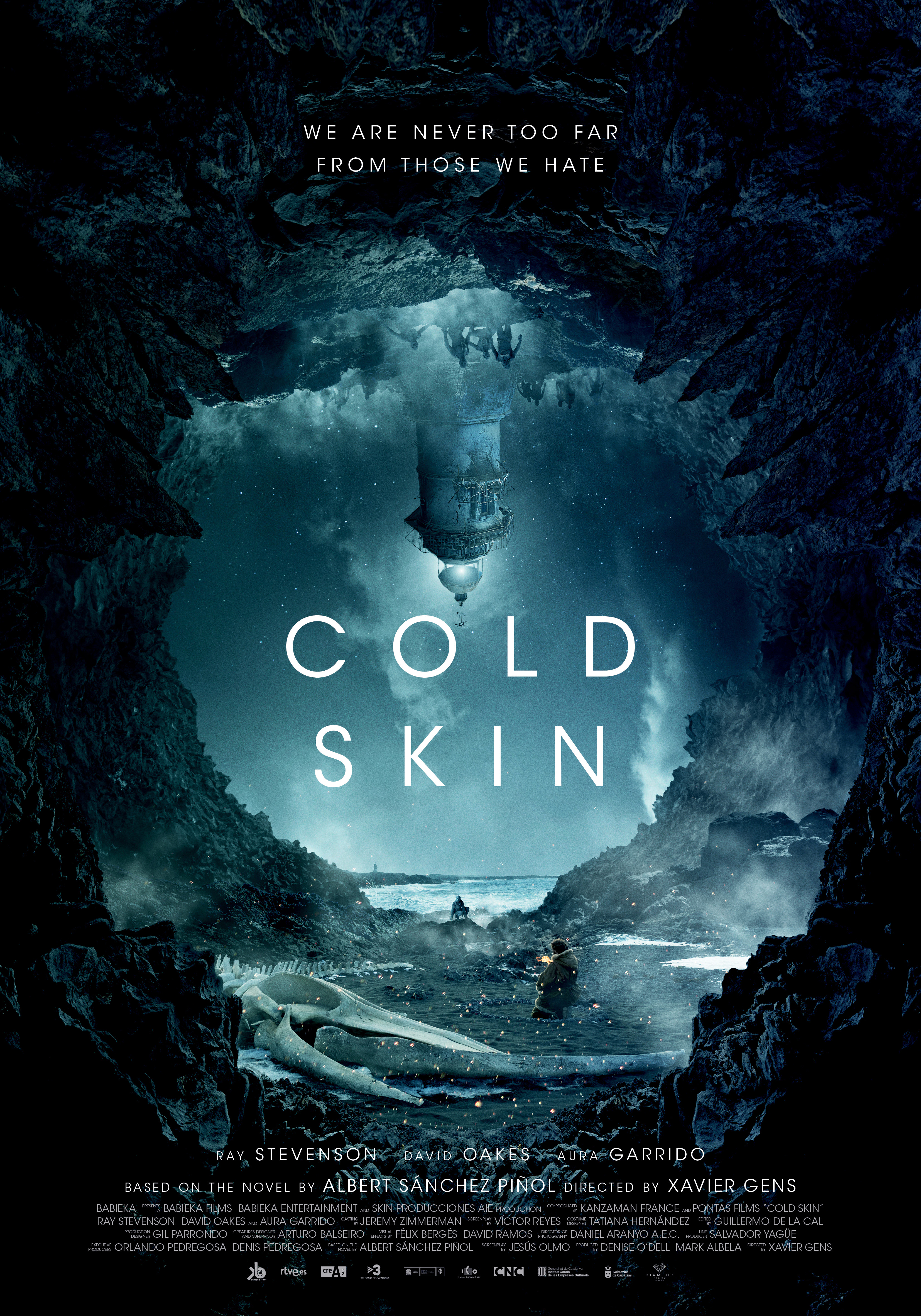