This movie is hard to watch and to recommend due to the rawness and realism with which the performance of an armed group of Islamic radicals when subjected to the yoke to the Malian city of Timbuktu is recreated. It is an award-winning film that will undoubtedly also benefit from the current situation in which the savagery of the jihadists fills us with astonishment.

Its main virtue is that we think that what we see on screen is real, as it is almost like a documentary that makes us squirm many times.

Against this, we are facing a film, arguably coral, which is disjointed in the narrative. It jumps from one story to another within the same context in its development, but without any pattern and with too long transitions by inconsequential scenes.

This does not mean that its forceful denunciation comes with absolute clarity and lets us retain in our minds certain passages and creepy details. So, the script is essentially concerned with repressive actions that show these extremists on the population, annulling their personality and tradition under the pretext of a strict interpretation of the Koran. However, it is admirable how the film strives to separate the different ways of living by the teachings of Muhammad, separating violent Muslims from the authentic ones.

Another important part of the plot that gradually takes consistency is the focus on the summary trial and brutal penalties levied on those who are convicted, comparing these regimes with any other totalitarian and fanatic system that we may have in mind.

According to the formal distinctive mark of this production, at no moment it is conceivable that the performers are really acting and the naturalness of their work is essential if the result is more shocking. Both adults and youngsters give their best mixing their characters with themselves without embellishments or histrionics.

For the film lover, it should be noted, as an additional point of interest, that it is an African film (from Mauritania), a rare movie in our billboard; but the general public will not precisely enjoy this premiere and most likely it will not meet its merits. 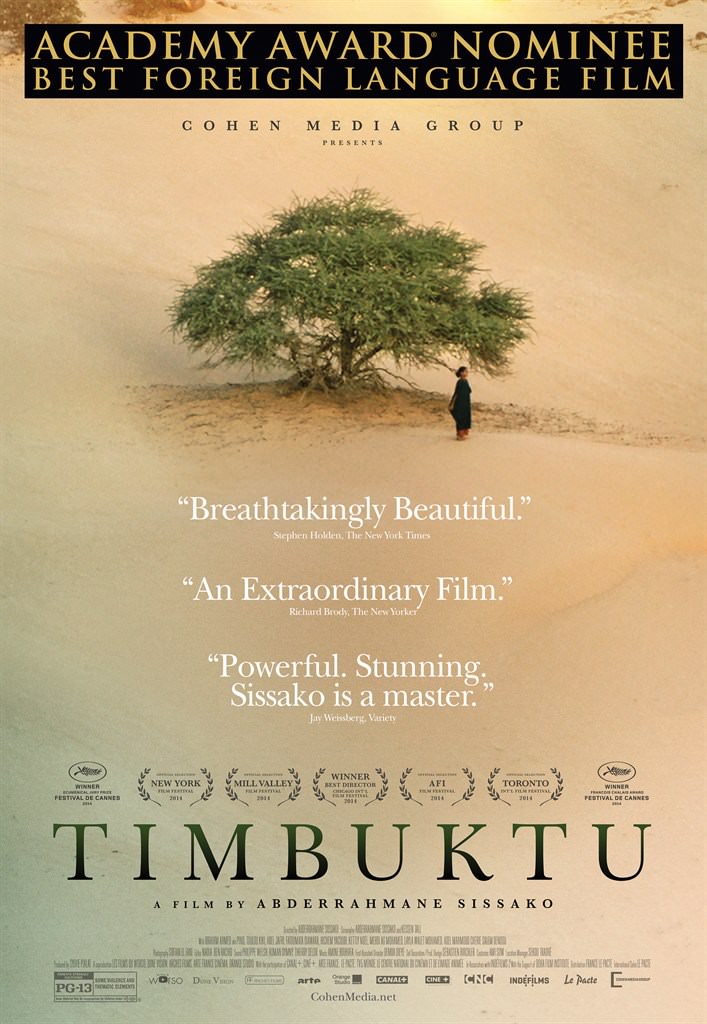