Unfortunately the prejudices against the horror and fantastic genres keep being rather common, with a tendency to undervalue the trascendence of the works labeled with those categories, as if emptiness were their indissociable constant. On the other hand, not a few addicts to the genre reject all those titles that try to keep away from the patterns to which they’re accustomed, and the use of a more subtle vision and contents, where the fantastic element isn’t so explicit.

This Australian movie is a perfect example of this. What could be expected as a usual “Monster movie” is far from that. A creature is introduced but not too clearly (he’s exposed basically through shadows, silhouettes and the unnerving sounds he produces) but he’s physically visible just a minimun part of the whole feature lenght.

We could say the real threath is found in the everyday life, in the human beings, and specially in the dramatic mother-son relationship that serves to build the plot, where the traumatic lost of a loved one (the figure of the father) and the paranoia give place to a series on anguished situations between the infant and her progenitor, that could be read as the sacrifice that the upbringing implies and also as an example that family is far from being an idyllic institution.

The creator of this movie introduces in some moments clips from silent movies by George Méliès or Segundo de Chomón, and from other more recent classic filmmakers like Mario Bava, that serve as an indication of the more atmospheric style (that can be an influence from the aforementioned Italian master, from which it doesn’t take the colorful aesthetic, since its images are almost monochromatic, with cool shades and reminiscences from the Expressionism) and crafty techniques (e.g. the animation of the monster reminds to the old silent movies techniques, which isn’t a strange thing since the filmmaker is descendant of the Carroll brothers, Australian movie producers in the 20s), choosen by Jennifer Kent, unusual options in the current genre cinema.

This project was born from a B&W short film titled “Monster” by Jennifer Kent too (it’s a sort of draft of the full-lenght motion picture), what added to the motherhood and the orphanhood subjets, a similar visual style and certain details connected to the fairy tales, reminds to the weaker (from my point of view) and more bland “Mamá” (Andrés Muschietti, 2013).

Withouth any doubt the feature debut from Jennifer Kent is a more than solid and recommendable work that invites us to follow with Ilusion her career. 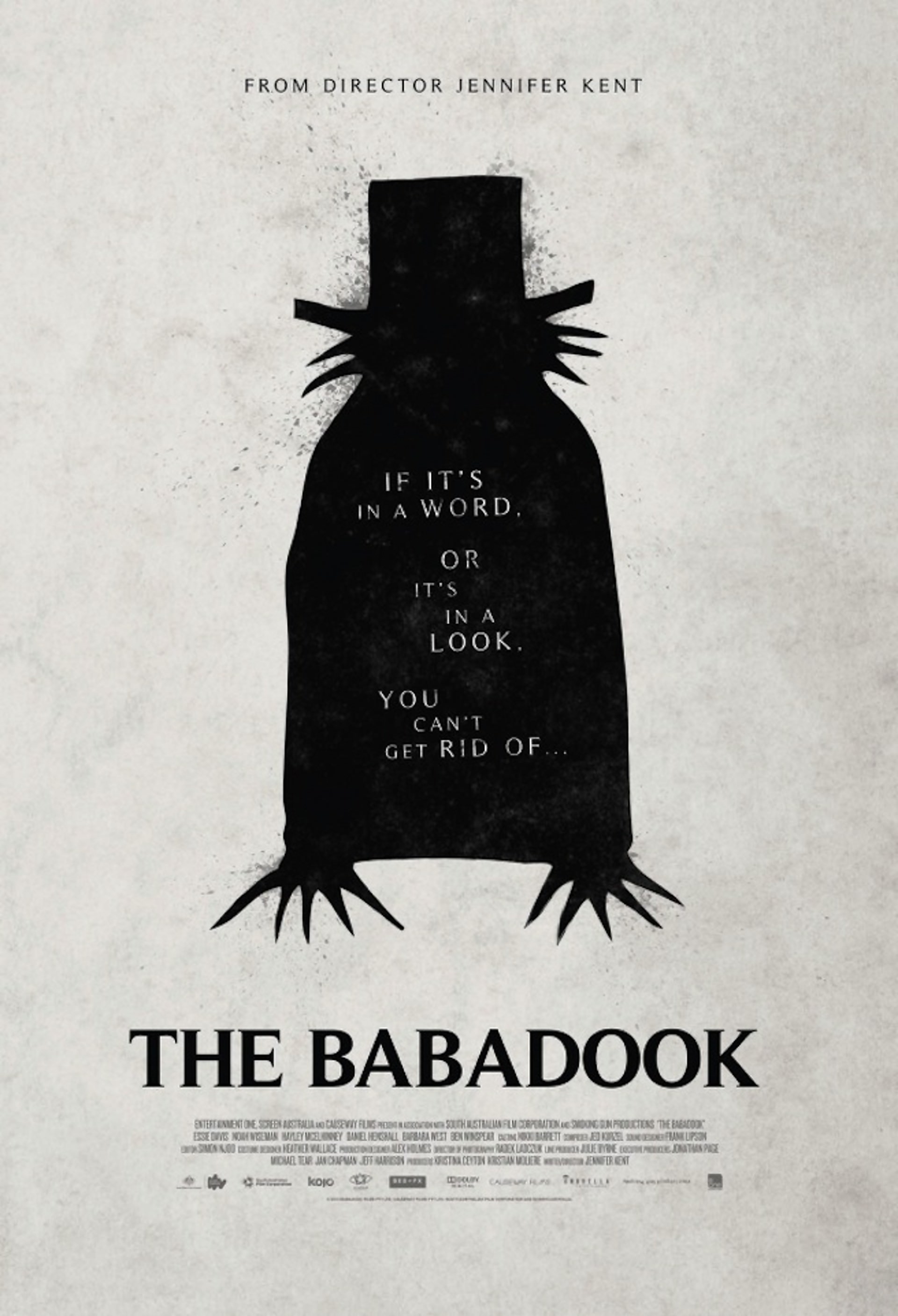