“It´s a filthy job getting to the top, but somebody´s got to do it”

Halfway between black and scatological humour this British production, that tells the adventures of an unscrupulous police moves. A kind of Scottish ersatz “Torrente”, but just so far from his wit.

An adrenaline film going from more to less because in a spiral of violence, sex and excess, the protagonist is reaching to extremes paranoids so excessive that spread throughout the film a surreal halo. It is as if the script is eventually carried away by the madness of this vulgar and irreverent detective.

The action begins with the murder of a young oriental by a gang in Edinburgh. From the outcome of the police investigation leaded by Filth, will depend his promotion coveted to inspector for what he will also try to show his peers up.

From the beginning we see that he is an immoral guy, fond of various vices, and with other addictions, at the same time tramples who crosses his way.

The story aims to provide an entity for the character linking him a traumatic past, it seems but merely an excuse, as it is the own criminal plot, to justify the staging of various ravings, dreams and a general thick tone.

However, despite being a hard recommended premiere, we can see a brilliant acting performance by James McAvoy who worthily holds his role without being ridiculous, which is already a merit. A real “tour de forcé”, worthy of the highest praise although it is framed in a narrative that fails.

The other actors are pivoted around, highlighting the involvement of a remarkable Eddie Marsan (“Sherlock Holmes”), who join Jamie Bell, a histrionic and unleashed Jim Broadbent and Imogen Poots (“Need for speed”, “Best one day “) and a beautiful Pollyanna McIntosh (” The woman “,” White settlers “,” Let us prey “), very good gender actress who has a minor role but in her line of good performances. 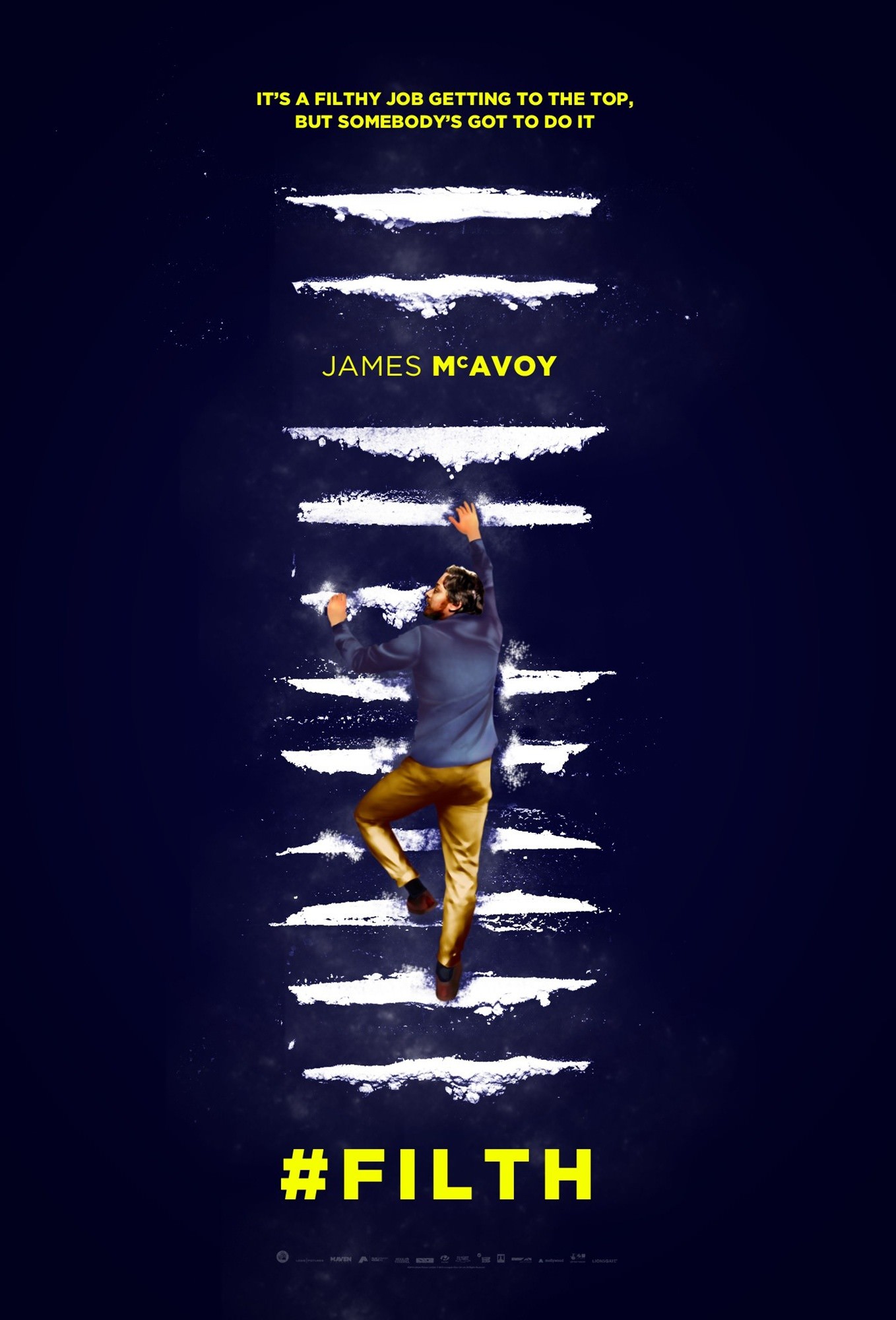