“Discover how little you know about the people you know”

There are many reasons which argue for this movie, whose intentions and approaches are not entirely coincident with his cinematic virtues. A film that suffers certain imbalances by unequal interest stories that intersect, but all stories revolve around the potential threats of “new technologies”.

Social networks, which seems to give us invisible gods, manifest here in various formats, emphasizing the risks that the lack of reach and handling entail for both, young and most defenseless, and adults.

Since this objective, and staging a fiction that generally are assumable fictions though sometimes go to extremes, puts the focus on several teenage characters who share Institute and served to touch issues like addiction video games, chats anorexic girls, exhibitionism and dissemination of their sexual episodes.

The biggest are not safe, so that some have found the Internet the way out of marital frustrations, while others carry an exhaustive control of virtual relationships of their children to extreme lengths. Thus be seen a scenario that suggests that we seem further away from real life or “VR” as one of the boys says.

It is a pity that no better exploit the potential of such good characters and that the film is left over in their intentions and is that even with alternating stories handles, sometimes loses strength.

Deal highlights an Adam Sandler that away from the histrionic roles that you usually see, shows that it can be very convincing in dramatic records. He is accompanied, in the role of his wife, an actress who is in a good time like Rosemarie DeWitt (“Kill the messenger”). Jennifer Garner stands out from the glamor that often exhibits to show us a sour face and Judy Greer meets like the rest of promises that make up the division between those who excel Ansel Ergot already said good manners “The Fault in Our Stars” 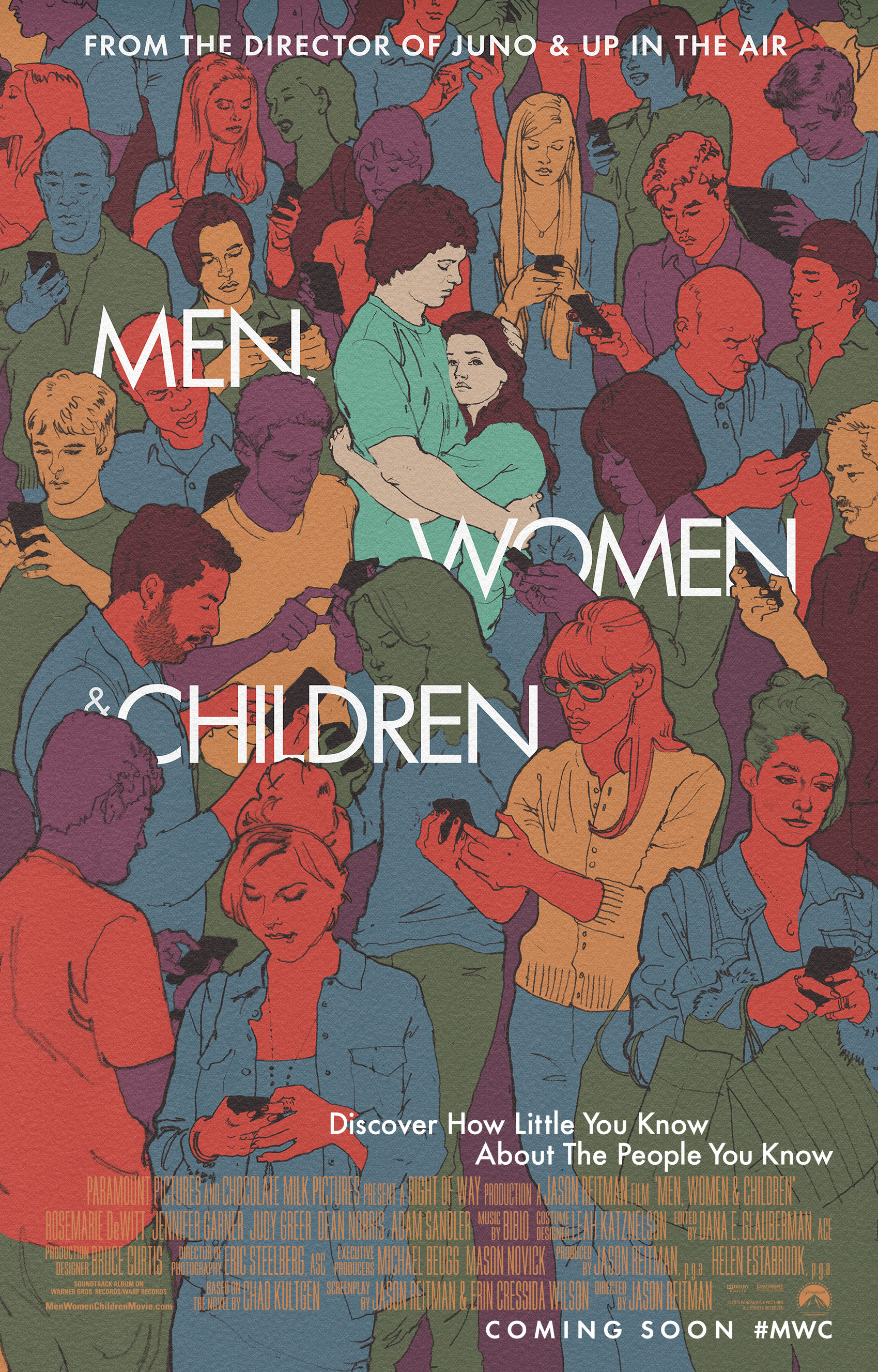