“Face your past. Choose your feature”

It’s been 20 years since Mark Renton left Edinburgh, his old friends, his family and his heroine. But he returns after a heart attack and tries to reconcile with all his past. The problem is that many things have changed and is not as well received as I expected.

Danny Boyle returns to direct to Ewan McGregor (Mark Renton), Jonnie Lee Miller (Simon “Sick Boy”), Ewen Bremner (Daniel “Spud”) and Robert Carlyle (Franco “Begbie”) and John Hodge returns to the screenplay, the result is something similar what we could enjoy 20 years ago, only this time they are older.

From the beginning of the feature we have 117 minutes of immersion in the present and the past of this group of friends, first individually, each one trying to survive his present life, later, the inevitable and surprising reunion between some of them will remind us several moments of their history and will delight us with a good handful of images and details of their youthful adventures.

The music is a very important part in this film, always accompanying the scenes of action, there is not a single minute of footage without importance, everything has its meaning and its purpose. The Renton’s reunion with his father is memorable, sitting the two and projecting three shadows on the wall, exciting. The film it’s frantic, at times agonizing… something like what we saw 20 years ago, somehow it’s as if we watched them continue where they stayed… but a few years later.

Renton remember us the speech of “choose life” but in a more current way and radically opposed to what most expect, a great, unforgettable scene. Spud surprises us with a discovery of himself that he didn’t know and leaves us somewhat more satisfied and content with his particular way of “channeling” his addiction. Begbie gets some peace with himself, thanks to the genius of Spud, although he never manages to control his anger, he will make us spend some really funny moments. Sick Boy…. is Sick Boy and will always be the same, nothing changes.

A new character appears in this new film and represents a key piece in the development of the whole plot, actress Anjela Nedyalkova in the role of Anjela, “girlfriend” of Sick Boy. And in a brief, but pleasant appearance, the actress Kelly Macdonald, Diane in the first part, who works as a lawyer and will try to advise Renton to help Sick Boy in one of his new entanglements with the law.

Maybe there are people who expect this movie to be identical to the previous one, but whoever enjoyed “Trainspotting” in his day will appreciate that the director has put the same love, charm, commitment and passion for this group of friends, mixing it with a music, a cocktail of images and a moral that didn’t overlook us, that left us marked. In this second part, we have the same percentage of everything, in identical quantities and only with one purpose: to make us spend a pleasant time and leave satisfied of the movies. A very great and funny film. Highly recommend. 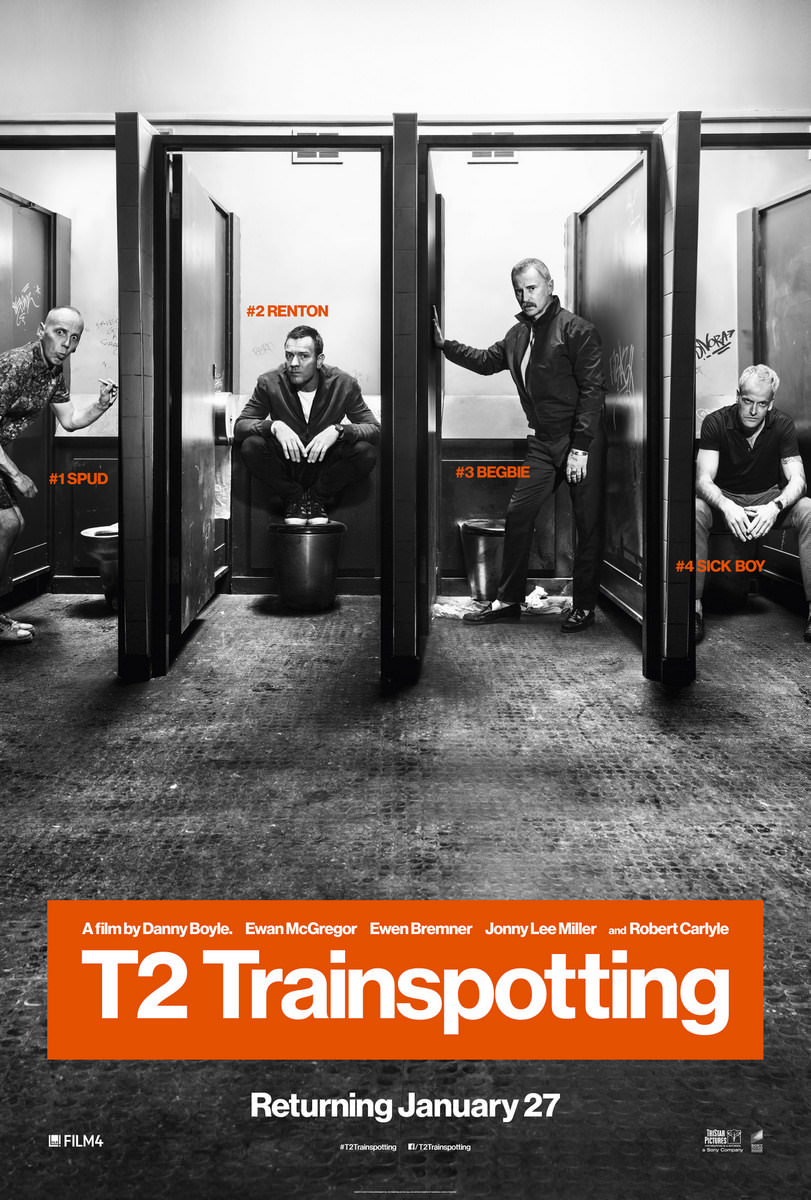