“Magical girl” is a great movie written and directed by Carlos Vermut who already showed good things in his previous film, the unreleased “Diamond flash” 2011. “Magical girl” is a mature, deep, dark, philosophical movie in a way, that reflects how the human condition can be governed by the most sinister and basic instincts, how people can get to their darker side either by necessity, by the critical current situation in Spain, by “pleasure” or simple “slavery” physical and psychological.

The plot of the film focuses on three main events / characters (as stated in the quote that heads this analysis), the “World” that reflects the character of Luis (masterfully performed by Luis Bermejo, almost unknown for me), a unemployed professor of literature directly affected by the economic crisis in Spain, living with Alicia (Lucy Pollán) his 12-year-old with terminal cancer (leukemia), obsessed with the manga/anime character “Magical Girl Yukiko”, she really loves the dress and accessories from the main character of this series, costume which has been expressly designed for the film by Carlos Vermut himself.

This dress will be “Macguffin” of the plot, Luis will not stop until he gets this dress, even though extremely expensive, to give their daughter the ultimate desire that will make her forget such extreme situation and unfortunately, due to her youth, deadly.

The desperate road of Luis in finding the money to fulfil his daughter´s last wish will intersect with the “Demon” that is Barbara (brilliantly performed by Barbara Lennie, recently seen in the great “El niño”), a beautiful woman with serious mental disorders that have a relationship of love / dependence with her husband and psychiatrist Alfredo (Israel Elejalde). After being abandoned by her husband due to her multiple and different psychological disorders, Barbara by chance meets Luis and they both end up at her place having sex. This will be the last chance for Luis to try and get his daughter´s last wish: believing that Bárbara has a high social status, descending into the hell of his own morality, blackmails her by threatening to reveal her sexual encounter to her husband if she doesn´t get the money he asks for.

What Luis doesn´t know is that Bárbara, to get that money, (she lives expressly maintained by her husband), will return to the darkest side of his past, no matter the limits that have cross or anything that has to do next. This is when the film takes a radical turn showing darker and disturbing elements of the plot, to my mind, extremely surprising and brilliantly performed. In this “journey” Barbara will reach to the end with all, taking it into the world of darkrooms, the world of bondage, biggest fortunes, slavery and submission, reminding of the filmmaking by this great master of masters that is David Lynch in “Blue Velvet,” “Twin Peaks” and “Lost Highway”, and, also, by this other genius that is David Cronenberg in “Crash”.

The plot is completed with the “Flesh” that is Damián (José Sacristán), Bárbara´s teacher in her childhood, now retired (the film begins with the flashback of this fact), who has an obsession/slavery both physically and mentally for Bárbara, a fixation that has taken him in jail once, but, although he is aware of all this, he is definitely unable to escape from her but he doesn´t stop trying. These three characters presented as “World”, “Demon” and “Flesh” definitely cross towards such an epic, tragic, surprising ending that highlights the meeting between Louis and Damián, two teachers (one unemployed and the other already retired), reminiscent of the final confrontation of the classic western movies, but in a closer, personal and visceral way that illustrates and culminates all the virtues of the plot and performance by the actors in this great film.

In addition to this magnificent direction and script, already discussed, it should be noted the tremendous maturity of the director in his second feature. Personally, it reminds me much of the filmography by this genius called Julio Medem, with such magic and unmistakable filmmaking. Something really outstanding is the performance by José Sacristán, great film to coral interpretive level, but the role of Damián is awesome. Curiously, it might remind us, in chronological proximity of the role that he performed in “El muerto y ser feliz” (2012) by Javier Rebollo. Personally I have no doubts that this great actor if he is taken seriously cross the ocean and end up in Hollywood, (although I’m sure he has personally never thought about this) would show the world that he is one of the best actors still alive today, at the level of the greatest and most reputed worldwide known actors.

For this film, director Carlos Vermut won the Golden Shell at the San Sebastian Film Festival and the Silver Shell for best director this year. Surprisingly, the sublime performance by José Sacristan didn’t get any award and that ended up in the hands of Javier Gutierrez by “La isla mínima” (2014) by Alberto Rodríguez, which also shows the great moment that lives Spanish cinema that have been released during this year 2014.

“ALICIA, A SICK CHILD WHO DREAMS WITH THE DRESS OF HER FAVORITE JAPANESE SERIES “MAGICAL GIRL YUKIKO.” LUIS, HER FATHER, WILL TRY TO DO EVERYTHING IN HIS HAND TO ACHIEVE IT. BUT HIS FATE INTERSECTS WITH BARBARA, AN ATTRACTIVE YOUNG WOMAN WITH MENTAL DISORDERS AND WITH DAMIAN, A RETIRED TEACHER FROM EVERYTHING BUT FROM HIS TROUBLED PAST. LUIS, BARBARA AND DAMIAN WILL BE TRAPPED IN A WORLD OF BLACKMAILS, WHERE INSTINCTS AND REASON WILL STRUGGLE IN A TRAGIC BATTLE, CHANGING THEIR LIVES FOREVER.” 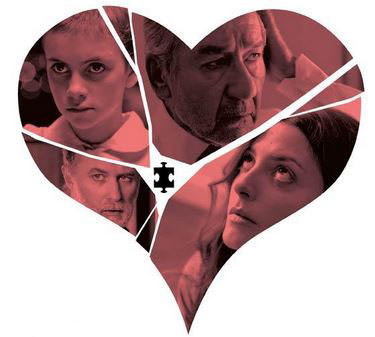 MANCHESTER BY THE SEA (2016) by Kenneth Lonergan