A movie life is this intense feature film, based on the book that collects the memories of its intrepid protagonist, who only sins of an obvious excess of footage. This doesn’t stop to recognize the fascination that this singular woman exerts on the viewer from the first moments thanks to a captivating personality that is asserted by skillfully driving the narrative.

Molly Bloom was considered one of the best professional skiers in the United States until an accident truncated her career on the slopes. Before studying law he decided to spend a sabbatical year in Los Angeles, where, coincidentally, he learned the ins and outs of poker games attended by movie stars and prominent businessmen. A short time later, she began to organize the most requested timbas in the city; although both movement of money did not go unnoticed.

The story is structured basically in two aspects: the relationship between this singular businesswoman and her lawyer, after she was accused by the State of collaborating with Russian mafiosi and the memories of what was her vertiginous ascent. In both cases the interest grows: in one to know the future of the judicial cause and in the other to see how that bubble of success sweeps. To this are added small fragments that illustrate us about the difficult relationship with his father, from whom he became completely estranged; take advantage of it being set aside to introduce emotional notes that have special relevance in the final section.

Despite an impeccable technical bill and an overwhelming rhythm, we must agree that unnecessarily reiterates unnecessary or unnecessary situations such as the hurried and complex explanation of the different winning hands of the popular card game, extending its duration up to 140 minutes.

Jessica Chastain, as she already did in “Miss Sloane” (2016), is again brilliant in a role of high demand that resolves outstandingly, dwarfing his partner Idris Elba and giving just replicas to a remarkable Kevin Costner, who looks in a secondary role.

The dramatist and scriptwriter Aaron Sorkin (“The social network”, “The West Wing”) debuts with a note as a director, although he liked it a lot and did not look at the clock. 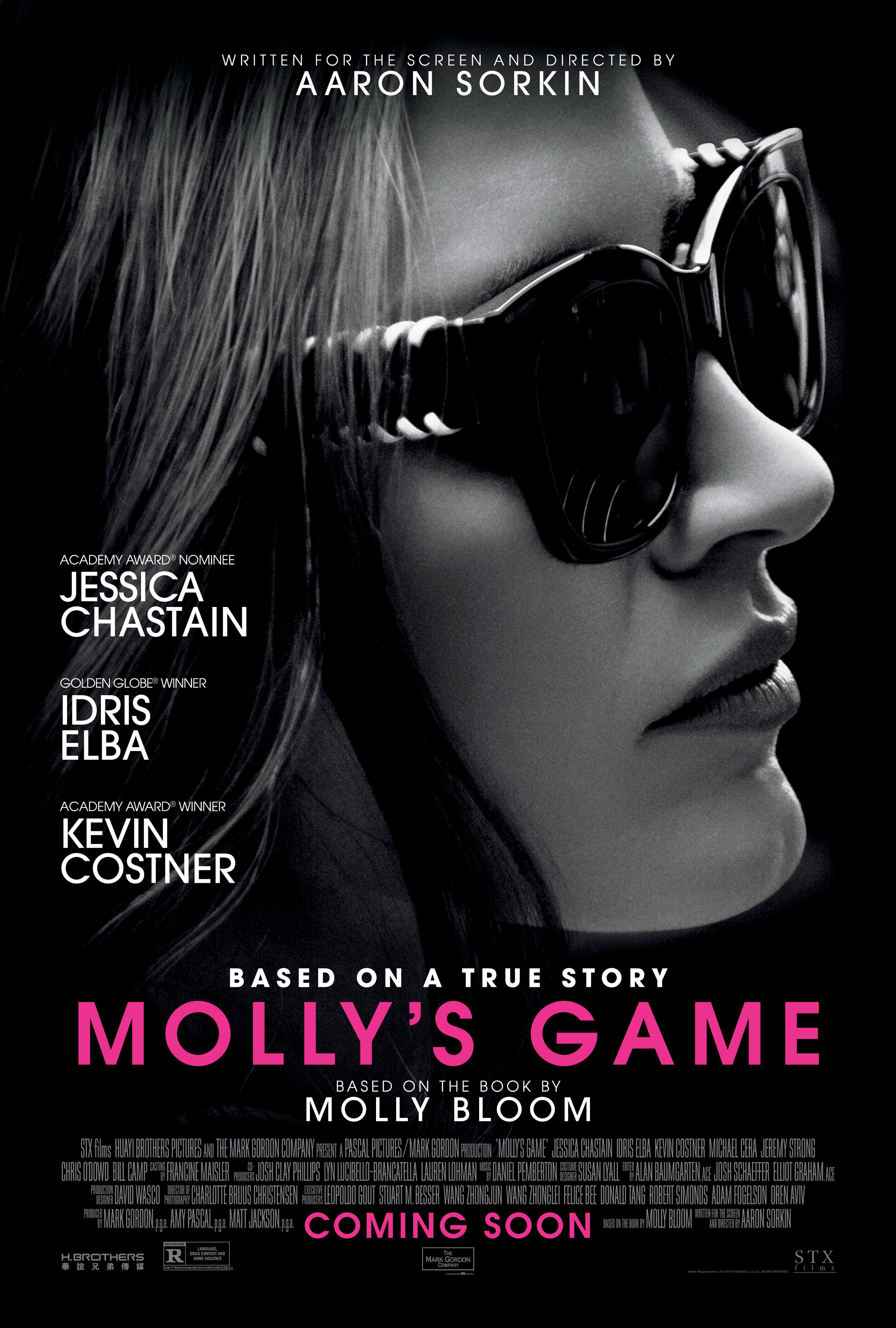