SAFETY NOT GUARANTEED (2012) by Colin Trevorrow

“WANTED: Somebody to go back in time with me. This is not a joke.  You’ll get paid after we get back. Must bring your own weapons. I have only done this once before. SAFETY NOT GUARANTEED”

Maybe I’m wrong, but I have the feeling that in the past, those modest (from an strictly budgetary point of view) productions that were coming with the support of a really positive reaction from the press and the audience in film festivals that become representives of the best independent cinema, like Sundance in the case we’re dealing with, they got a careful promotion and distribution, even though that was limited to the art house theatres, and now those kind of feature films, aside from being released with a notorious delay (a little more than 2 years in the case of the title we’re reviewing), they’re barely being show in a very few cities, finishing their way on the shelves of the few videoclubs that have survived and in some TV channels.

And it’s a pity because we can find movies that seem to have been created by someone with a minimun degree of sensibility and intelligence, who doesn’t look to have entered in the movie industry with the only goal of getting rich, using cinema just to make a living, but as a medium of self-knowledge, to spread his vision of the world, surely shared by a lot of people.

So his two main characters aren’t being in the line of what looks to define to the majority, they don’t wish to follow the patterns marked by the society (e.g.: the leisure time spent in unsubstantial parties, the trivialization of the sexuality, etc…), since that way they’d feel outcast and frustrated, and they’re almost resigning themselves to that reality (like it’s the case of the female lead). However the lucid, romantic and dreamer main male character the story is built about, he’s fighting to escape from that mediocre everyday life, trying to find a meaning to his existence travelling through time, but requiring a partner for that odissey, someone to rely on when his forces (more the mental than the phisycal ones) fail and I guess vice versa (the solidarity that he shows through the gesture he has with the fellow worker makes me think that way), and that breaks his apparent image of a solitary and individualist guy.

Both characters get our empathy not only thanks to naturalists dialogues and situations but mainly for the spontaneity of Mark Duplass and the appealing Aubrey Plaza.

“Safety not Guranteed” is an intelligent, emotional and entertaining choice (the 86 minutes of running time also contributes to its success) to spend a good time, that invites not to be a slave from the traumas of the past, to live according to the “Carpe Diem”, to go on, to be active, to be released from inhibitions.

It’s curious the use of the widescreen (2.35:1 to be more specific) cause it tends to be associated to epic stories, but in this case we find a piece of work totally based on the character’s relationships. However his debutant director, Colin Trevorrow, has been selected by Spielberg to be in charge of the new chapter of the Jurassic Park series, I guess because the humanity’s degree and the adult vision that he’ll be able to bring to such a great project, not being limited to repeat very used formulas. That will be his first real work in the fantastic genre, since the fantasy elements in “Safety Not Guaranteed” are rather anecdotal. 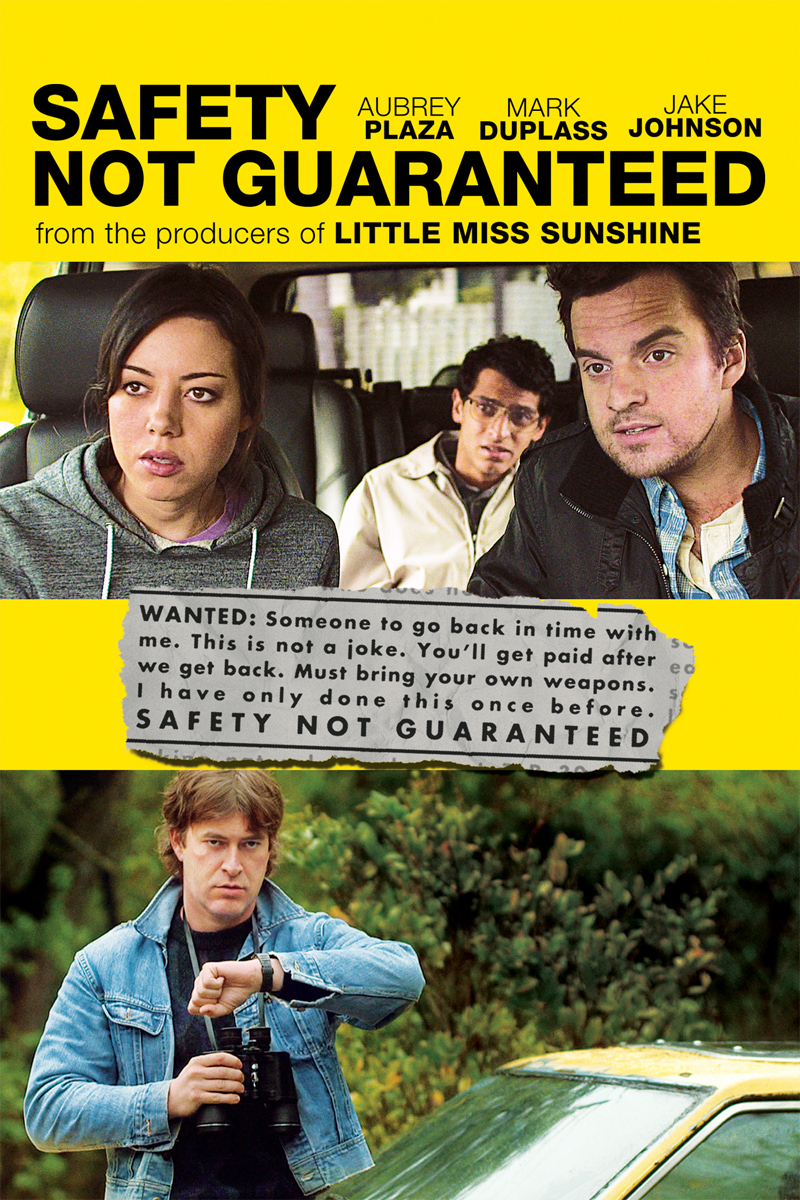 LAND OF MINE (UNDER SANDET) (2015) by Martin Zandvliet

DO NOT DISTURB (2014) by Patrice Leconte